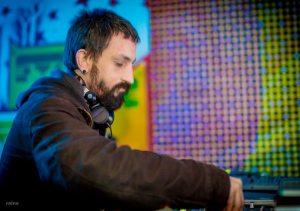 I’m very happy to announce two upcoming bookings for inSpiral Lounge in Camden, on the 20th June and the 17th July

These will both be 4 hour sets, in a venue whose values i very much share, and who have given me much support and encouragement in recent years. I have done more nights for inSpiral than any other promoter i have worked with, and this venue is very much starting to feel like home territory. It’s a pleasure to be back there and i look forward to seeing you all for what will be two very special nights! I hope to see you there!

A recording of my Easter Weekend set at Carousel Wonkaland: A few old favourites with a party time vibe. Downloadable at www.soundcloud.com/herukajon. 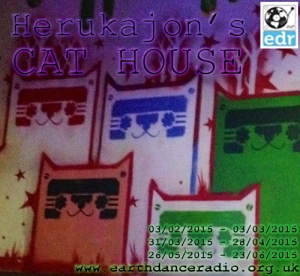 The next episode of ‘Herukajon’s Cat House’ will air at Earthdanceradio.org.uk at 7pm, 28th April 2015

Recording of the latest episode of Herukajon’s Cat House on Earthdanceradio.org.uk on 3rd March 2015.

The next episode of ‘Herukajon’s Cat House’ will air at Earthdanceradio.org.uk at 7pm, 31st March 2015

Clean recording of the first episode of Herukajon’s Cat House on Earthdanceradio.org.uk on 3rd February 2015.

The next episode of ‘Herukajon’s Cat House’ will air at Earthdanceradio.org.uk at 7pm, 3rd March 2015

You can catch the first 2 hour show tonight from 7-9pm GMT as Herukajon’s Cat House moves to its new home on Earth Dance Radio with a new live format!

and you can tune in here www.earthdanceradio.org.uk

To celebrate recently getting my 14,000th play on Soundcloud.com today, I am now making all of my mixes on there downloadable for the next week!

To avoid missing out, get on over to www.soundcloud.com/herukajon and get downloading! Don’t forget to tell all your friends!

My new demo for January 2015 is now up on Mixcloud for your listening pleasure. I threw in a few tunes i’ll be playing at some of my upcoming gigs and on my radio show in early February and a couple favourites i’ve been listening to over the festive season. some nice deep house vibes with some bouncy techy passages that should get a few toes tapping. 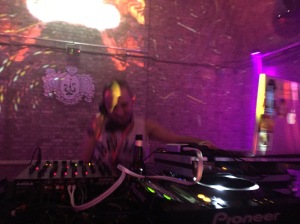 2014 was a good year for Herukajon. After returning from Egypt in December 2013, the year got off to something of a slow start, but it wasn’t ever likely to stay that way for long.

Over the following months a string of events found their way into his diary. The gigging year began with the first in a series of solo nights at Inspiral Lounge and was shortly followed by a return to Whirl-y-gig‘s Cafe Teez and a 6 hour set in the main room of Zu Studios when they reopened their doors after a break for the winter months. By May he had entered Gottwood Festival‘s DJ competition, eventually finishing in the top 5.

August saw him playing after-party sets for Brighton Pride (with Inertia) and at the 2nd ever Whirl-Y-Fayre in Somerset alongside names like Child Of Illusion, Globular, Afriquoi and Zub Zub.

In September was the launch of his internet Radio show “Herukajon’s Cat House” on Houseport.fm, and in October he had a string of gigs for Happy Daze (Bristol) with his friends at Dachshund Records, Inspiral Lounge (for the third time that year), Wobbly Records (Tech-ers@Chequers) in Brighton; Carousel’s Rocky Horror Ride and a return to Zu Studios to celebrate 2 years behind the decks in the venue where he played his first public gigs.

November saw him teaming up with old friend’s Painter’s Radio and Vital Consultant for the first time, to play supporting sets for their Christmas gigs and throughout December he pulled together a pool of talent to produce A Musical Advent Calendar uploading a new mix from a surprise DJ every day in the run-up to Christmas featuring many friends from nights like Planet Angel, Whirl-y-gig, Purple, Wobbly Records, Shanti Planti Collective, Happy Daze and TechYES.

A long held ambition came true when he was booked to play for Wonderland‘s December party, finishing his gigging year on a high note in the Main room at new London venue “Track” on Allhallow’s lane.

2015 is already looking set to build on the successes of last year with bookings so far confirmed for Inspiral Lounge on the 6th February, Psycarnival at Lakota, Bristol on the 7th; and Gottwood Festival and Brighton Yoga Festival in June. After a month off “Herukajon’s Cat House” will be returning to the airwaves in early February at its new home on Earth Dance Radio when he joins the team there. Other plans for 2015 are to branch out start blogging some older mixes on here, to use this site a little more frequently and see a lot more of you all on the dance floor.

So to kick off 2015 here’s the first mix of the year…a promo mix made for Psycarnival @ Lakota, Bristol on the 7th of February. There should a belated january demo mix on the way in the coming days to look forward to as well. Happy New Year!

For all enquiries and bookings I can be contacted at herukajon@gmail.com